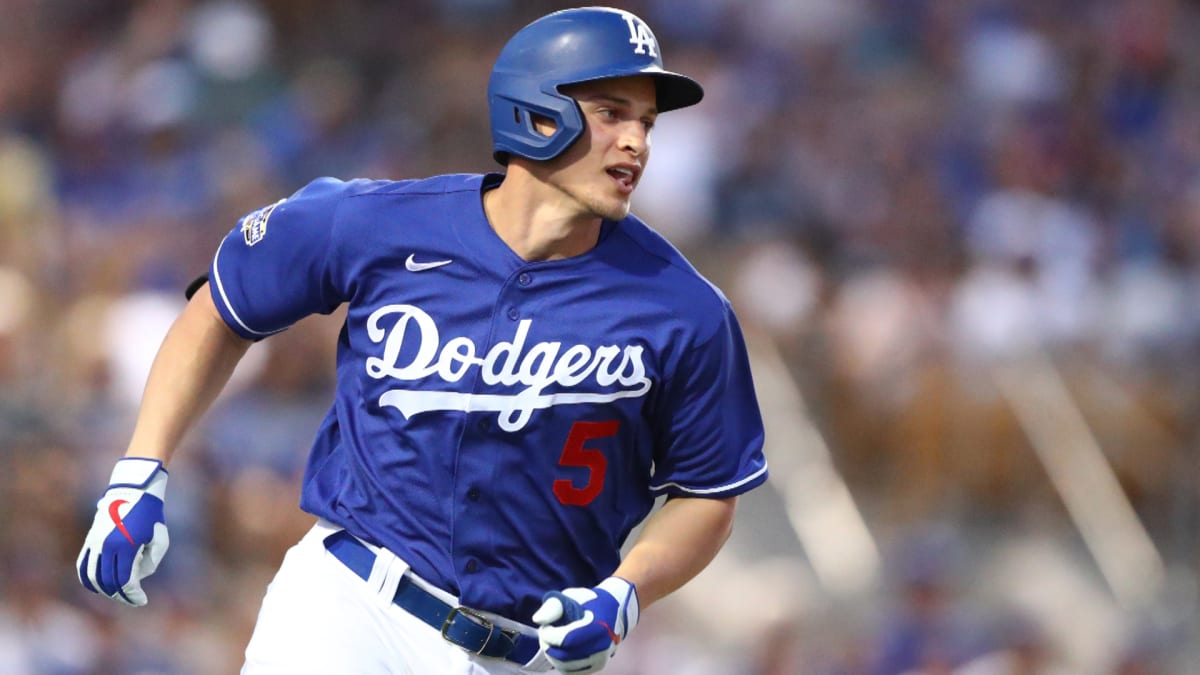 After earning a full-time starting job for the Los Angeles Dodgers in 2016, fantasy owners haven’t seen the best of Seager yet. Last year he missed a month over the summer with a hamstring injury.

His batting average (.240) had risk against left-handed pitching, but he did have four HRs and 24 RBI over 167 at-bats.

His RBI rate (18) screams middle-of-the-order bat. In 2020, Seager should regain his high average swing along with a rebound in power.

The Dodgers drafted Lux with the 20th selection in the 2016 June MLB Amateur Draft.

His overall game projects well as number two-hitter with his skill-set having a better than Chase Utley feel.

I expect sneaky speed with an edge in batting average once he gets some major league at-bats under his belt. Lux is the right kind of gamble based on his ADP (171) with home run upside if he does find his way to the top of the batting order. His starting point should be .290 with 75 runs, 15 home runs, 70 RBI, and ten steals.

The Dodgers have done their best to try and limit the innings of Urias early in his career. Over six seasons in the minors, he has a 15-8 record with a 2.76 ERA and 364 strikeouts over 310.1 innings.

He missed most of the 2018 season after his recovery left shoulder surgery that occurred in June of 2017. Last year Los Angeles pitched him for most of the season in the bullpen.

Urias has a developing arm that gets a significant bump in the pitching rankings due to the shortened season. Wins could be an issue due to a quick hook. His ADP (140) is rising, but Urias should still outperform his draft value in 2020.

May looks ready to rock and roll in the starting rotation for the Dodgers in 2020.

May pushed his way from AA to the majors last year while not losing beat on the big stage. In LA, he threw strikes (walk rate – 1.3) while his strikeout rate (8.3) came in shorter than his minor league resume (8.8).

His AFB (96.0) is elite with more upside when he fills out. May relies on a cutter (.188 BAA) and a plus sinker (.247 BAA). His next step will come with more consistency with his curveball.

Last year Smith found his power stroke at AAA (.268 with 48 runs, 20 HRs, and 54 RBI over 224 at-bats). He baited fantasy owners into spending plenty of their free-agent budget after his late May call-up.

After six games (6-for-21 with two HRs and three RBI), the Dodgers shipped him back to AAA. Smith teased again in late June (1-for-5 with one HR and three RBI), but he landed on the injured list with an oblique issue.

In his third trip to the majors, Smith rewarded his believers with an excellent run over the next month (.339 with 17 runs, nine HRs, and 25 RBI over 62 at-bats). Unfortunately, he lacked follow-through over his final 82 at-bats (.183 with three HRs and 11 RBI).

Smith had risk against right-handed pitching (.211 with three HRs and seven RBI over 57 at-bats).

He’s getting better while wanting to hit for power. His batting average will have risk due to a lot of easy outs via fly balls. A 30-plus HR swing with a full season of at-bats, but LA has a higher ranked catcher (Keibert Ruiz), only a phone call away.

With an ADP of 158, you can expect a top ten season at his position given his floor in home runs.

MLB teams won’ disclose who goes on IL with COVID-19